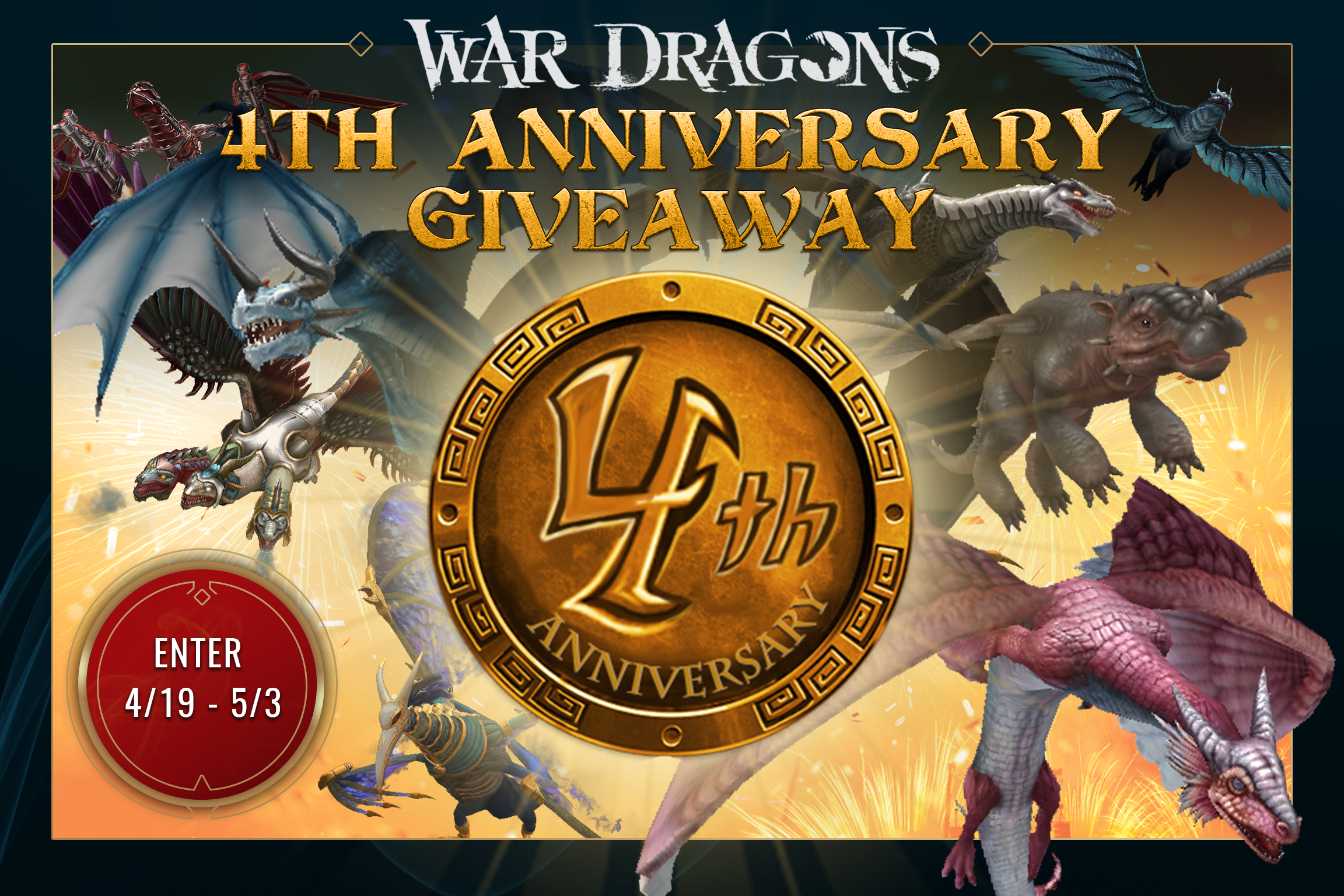 On April 16th, 2015, War Dragons was officially released! It’s been four years of Dragon riding, base burning, and friendship forging, so let’s take a look back at some of the things that have happened in that time!

Thanks to every Dragon Lord out there for playing, pillaging, and enjoying War Dragons in these four years. To celebrate another year around the Sun, we’re hosting a 4th Anniversary giveaway for all Dragon Lords to win some sweet in-game goodies!

Here’s how this giveaway will work:

To participate, you’ll need to submit your In-Game Name to be considered. You’ll be able to receive additional entries in the giveaway for adding War Dragons on various online channels like Facebook, Twitch, or YouTube. Plus, it’s a great way to keep in touch with news, updates, fan art, and all the other great things about the game!

So what’s in it for all Dragon Lords who win this giveaway? 10 lucky players will be randomly chosen to receive the following:

We’ll contact all of the randomly chosen winners after entries close in early May. If you prefer not to provide a physical mailing address, you’ll receive only the digital prizes listed above.

Ready to enter the giveaway? Get started by clicking the link below:

From the entire team at Pocket Gems, we’re incredibly grateful for each and every Dragon Lord that has flown with us in the last four years. Best of luck to everyone in this giveaway, and here’s to many more!

Please discuss and ask questions in the Official Discussion Thread.