We are pleased to announce that we made some improvements to he Kingdom Wars event! The changes include not only where the Defender Dragons can be assigned to, but a few quality of life changes that we hope will make the event more enjoyable.

One Defender Dragon per Region

First, there will now not only be a Defend button, allowing you to assign Defender Dragons to all regions in which you own a city directly from the map screen, but the said Dragons will now be limited to one per region , instead of one per city.

This means that every Defender Dragon will increase the HP of each city owned by your Guild in the region they’re stationed in.

Note: the HP bonus will apply to both already owned, as well as newly acquired cities within that region.

Each Dragon will defend a region for 8 hours, regardless of how many cities are owned by your Guild within the region.

However, please do keep in mind that this also includes owning 0 cities within a region. Meaning, if your Guild loses all its cities within the region, the Defender Dragons will remain stationed until their timer runs out.

That said, if a new city is captured within that region, the HP bonus will still be applied!

A brand new option, available in the upper-right corner of the Defend screen (see screenshot below) called “Auto-assign”, will do exactly what it says, and will select your highest Tier, highest Level, non-rostered Dragons as Defenders automatically, whenever you make an attack or log back into the event. The priority is set this way in order to ensure that the highest HP bonus possible is applied.

Please note the auto assign feature will only assign dragons while you are online in the event.

Whenever the Defender Dragon is Added, a pop-up will appear for better visibility.

Previously, region coordinates were not shown when tapping on a region. In order to facilitate more effective Guild cooperation, this was changed, and the coordinates are now visible on the Region screen, like so: 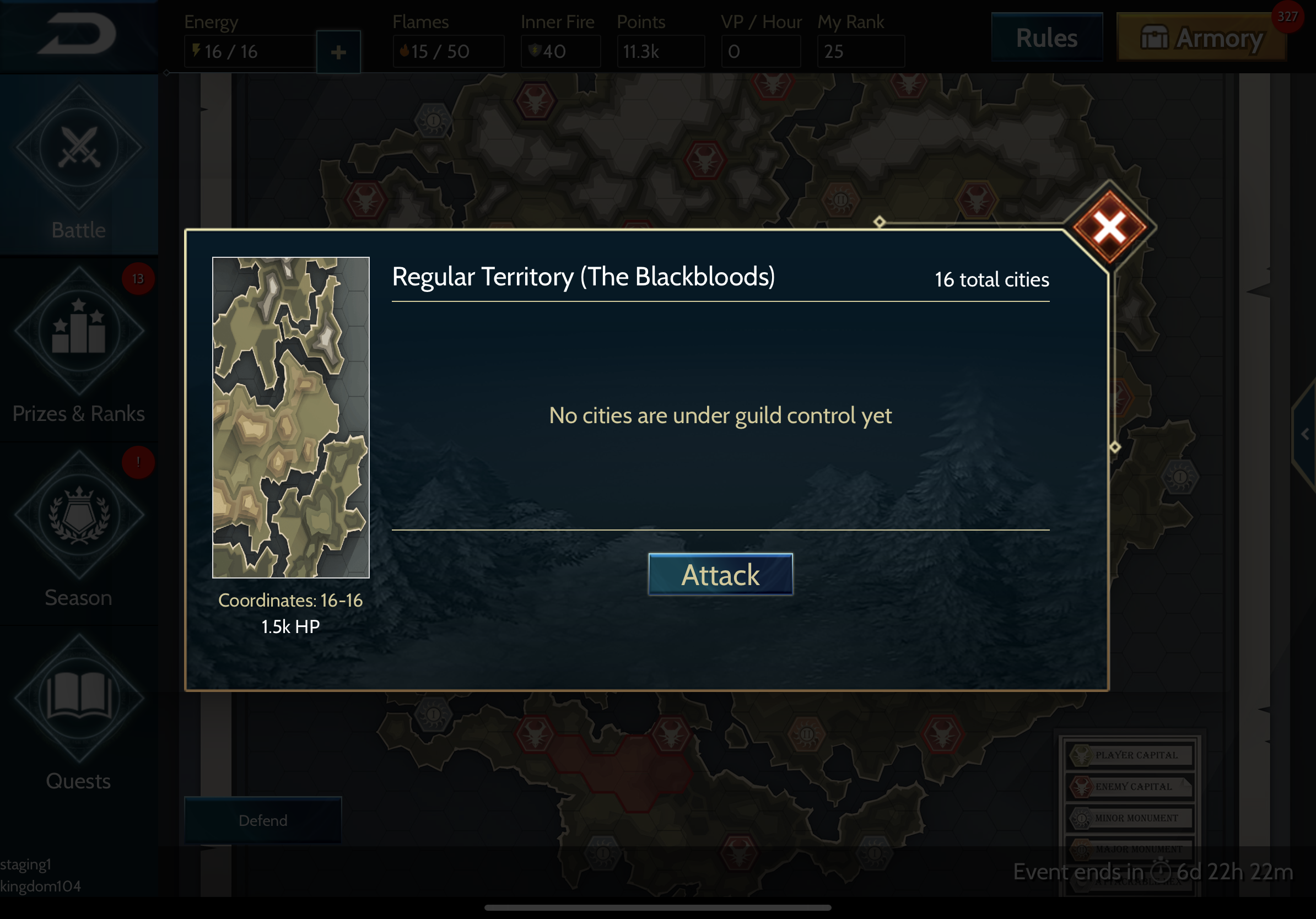 As an additional quality of life change that should make cooperation a breeze, Guild Leaders and Officers can now mark up to 5 regions in priority order, with several different visual indicators to match!

Join your fellow Dragon Lords on the Official Discussion Thread and discuss the new changes - we look forward to seeing what you think!