Ok, I’m confused about something. Last night I made 7 attacks against the castle guards at the same fort. In each attack I 5 flamed the attack using one dragon and received the same amount of glory. Yet, when I looked back at my battle log I see that I lost a different amount of troops on each attack? Why would that be? Are the AI bases really considered to be that different? They are the same level and appear to be the same. Would the health of my dragon at the end of the run make any difference? Would it matter if I swapped in a teammate at the end so they could get glory? (That last one wouldn’t fully explain the issue because I only did this once and the amount was different every single time)
The difference was pretty significant (4.2k- 5.5k) so I’d really like to know how to affect it.

Post some SS of the battle reports so we can comment.
Swapping out at the end is pointless. A player only earns Glory for the loss of troops. Your backup doesn’t lose any troops, and doesn’t earn any Glory.

Are there different amounts of siegers present?

I don’t know. I was hitting back to back. I didn’t take the time to check and see if other prims were joining during the fight, but I’m sure that people were coming and going.

Curious. Why is your Glory fixed? Its based on lost troops. 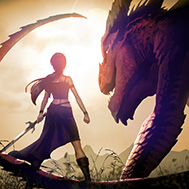 EARNING GLORY Glory is the equivalent of experience (XP) in Atlas, and is represented by a medal icon with a "G" in it. In order to earn Glory: You must engage in PvP battle in Atlas. T...

*Edit, just saw your reply. Yes, that is strange.

glory should be based on troops killed.

ratio is best when your primarch is full, loosing the least amount of troops. As you continue attacking, your primarch losses troops and the ratio that are lost increases while they stay the same for the castle guards

Care to elaborate a bit more since the 7500 cap went into place?

Id assume its because you are hitting a team that is much weaker than you; so your glory is being scaled down a lot. Somewhere around 17-22%?

The reason for varying troop losses vs killed cap is likely due to less siegers being present, so your ratio is changing. Look in your team log for the same attacks, see if there are some sieger wipeouts between your attacks; even then they might simply have left

I’m sorry, I don’t understand what you are asking?

The glory remained the same each time at 1.1k

Wow you lost all of those troops for 1.1k glory each time. I don’t understand why losing glory compared to troop loss is so darn low.

Did u not 5 flame the castle guards?

In each attack I 5 flamed the attack using one dragon

Probably cause it’s so stupid they did that to begin with.

Glory is impacted for both lost troops and killed troops. Specifically it is the lesser of either 75% Your kills, or 150% your losses. And that number is scaled down by the percentage you see when you click on a primarch.

If your team has siegers present during your attack it will increase the amount you can kill for the same losses for each sieger present. If you are killing max kills and 5 flames with the same primarch, you will see your losses go down and as you got max kills your glory will actually decrease due to less troops lost to kill the same amount. Also to note is that if one of your siegers gets trapped it removes its debuff. Also it’s possible to upgrade with rubys the fort during combat resulting in higher buffs… (but not from the bank)

If you click on the castle while you have a primarch there and goto the fort page you will see at the bottom their buff on the left and the total debuff on the right. (If memory serves me correctly)

A level 2 castle I believe can have a level 3 fort which means +60 buff on their castle and primarchs at the castle. Each level 15 sieger is I think -10.4. So if they had a level 15 destroyer there that normally was 260/260, it can become 320/320 with the buff. I’m not sure what the defense rating for the castle guards are but they still get +60 in this example.

So I think that is what was going on. But you would have needed to look during battle as the report doesn’t show that.